Well, here we are at the end of 2018 and with it we are at the final category for my 2018 Movie Recap. The Best of the best that 2018 had to offer. At least, the best of the thirty or so movies that I watched this year. Sure, there have been others that have slipped my theatrical net, but I’m sure none of those were really worth watching. Examples included that Steve Carell action figure movie and that other one about the Arthurian knight that could talk to the chickens of the sea.

Did I remember those two right? If not, oh well… Onto the list!

Okay, I know what you all will say when you read this: “Seriously Jim. Solo! Are you even qualified to be writing this?” My response to your questions would be, of course, yes. Yes I am. Furthermore, I would quarrel with you over a cup of coffee anytime you want about this film. This film was fun, action packed, had decent twists and turns, had a stellar cast, and didn’t mess up the lore that was Han Solo. Plus, they even managed to tie in the Clone Wars television show with that awesome cameo at the end. Also, it was way better than The Last Jedi. What more can you all want in a Star Wars anthology film? Oh. You wanted Vader, Obi-Wan, Boba Fett, and Yoda to have their own origin stories? Well, sorry to burst your bubble but the butterfingers over at Disney dropped that ball when they allowed Rian Johnson to destroy everything that made Star Wars great when he was handed the reins to Episode 8. #notmystarwars #makestarwarsgreatagain

This one hurt me right in the feels. Pure and simple. I grew up watching Winnie the Pooh and when they announced that they would be making a live action version I was horrified. I think I’m the only person on the earth that thinks that these live action films are silly. Why in tarnation does Disney take their old animated films and recreate them in live action? Didn’t anyone learn when George Lucas remastered Star Wars for the umpteenth time that sometimes remaking things with better technology just doesn’t work? Well… needless to say that when I sat down in the seat at the theater I was pretty optimistic. Of course, when Pooh realizes that he and the other residents of the Hundred Acre Woods had been “let go” because of “a fish in the sea” I was trying not to sob like a little kid. It doesn’t really let up either. Make sure to take some tissues if you watch this. I encourage you all to watch it.

To me, Marvel keeps getting better and better and that includes films like this one. It’s got the right blend of comedy and action that makes watching, and then rewatching, this film so great. If you liked the first one then you’ll love this one too. The film literally gets bigger and better with the addition of a compelling nemesis (sort of a bad girl but not really because lately Marvel does this great job of making you care about the villain), more comedy from the side characters, and an awesome sidekick in the form of the Wasp. Plus, it ties into the Infinity War Snap so that’s cool too. 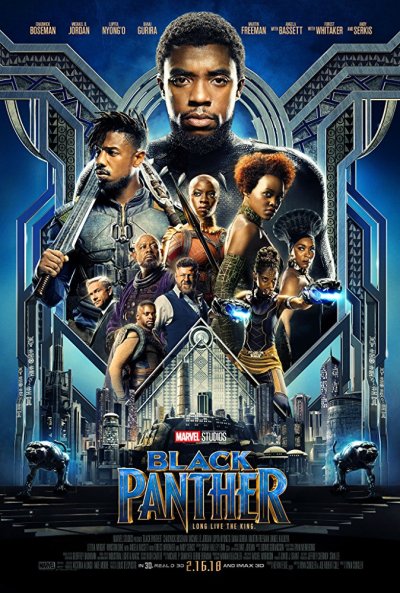 If you liked Hamlet and the Lion King then you’ll love this tale of a son having to gain the throne to an African kingdom from an outcast family member. The son will be thought dead after being thrown from a great distance, recover in a land not too far from home, and then come back and fight that family member to the death. Sure, it sounds like a rinse-and-repeat but Black Panther is a really great film. The CGI is pretty good (don’t look too hard at the rhinos), the acting and action are great, and the soundtrack is killer. To me, it wasn’t the best film because I knew going in that he was going to be alive. He was in Infinity War which came out a few months after Black Panther. Really, there wasn’t much threat to the character. However, Marvel was able to make a really great antagonist which seems to be the trend with their films nowadays. 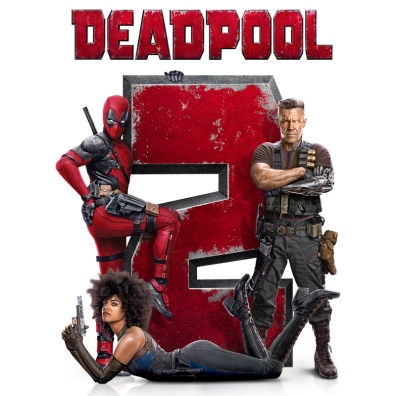 Don’t watch this film with your kids, even if your kids are adults. The film isn’t as lewd in terms of sexual jokes, but it’s not to be considered a “family film.” The story is great though and the comedy, while crude, is pretty funny and doesn’t hold back when making fun of Fox or any of the other superheroes in the genre. Ryan Reynolds gives another awesome performance of the “merc with a mouth” as he tries to save a kid from a terminator-like plot. Josh Brolin plays the antagonist, the time traveling Cable who is trying to kill a mutant child who will grow up and kill Cable’s family in the future. You know, that old chestnut.

Late to the reboot-train comes this newest incarnation in the Halloween Series. Starring Jamie Lee Curtis as the paranoid hermit Laurie who put her life on hold for 30+ because she believed that the psycho granddaddy of the slasher genre might escape the insane asylum he’s been kept in since the first Halloween (yes, they redacted all of the other films thankfully). However, Laurie tried to have a normal life and had a kid played by Judy Greer who, in turn, had a daughter named Allyson. Allyson is our protagonist and the target of Michael Myers. Yes, Laurie was right and Michael did escape and he is as vicious as ever. If you appreciate scenes that aren’t cut at all that manage some amazing stunts then you’ll appreciate when Michael goes “trick-or-treating.” As an old horror fanatic, I simply loved this film. It does suffer from some elements. If you’re a fan that appreciates when a series as convoluted and bloated as this one gets back to basics, then you’ll like this one. 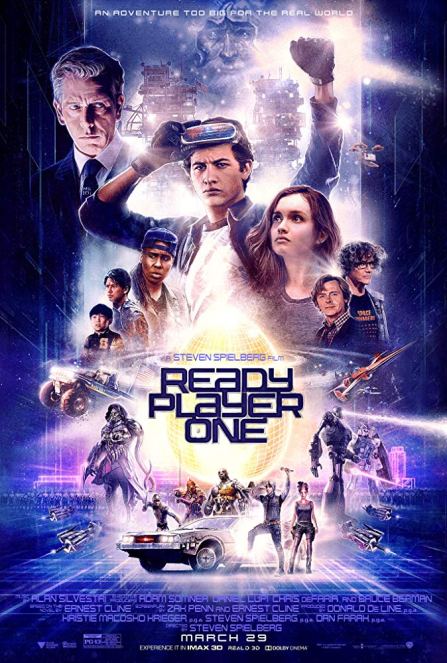 First, let me admit one thing about this film: It’s not the best film on this list. However, I’ve seen this film more times than any other film on this entire trilogy of lists. It’s visually amazing. It’s slams you in the face with nostalgia, but does it in a way that’s acceptable. It’s not like the book, but almost as great. Some of the flaws include the main characters. Artemis is supposed to be so self conscious regarding her facial birthmark that she doesn’t want to be seen in public. Parzival is supposed to be overweight and out of shape. Again, this isn’t the book, but even still. Have you ever watched a movie and thought: those actors are waaaaaay too good looking to play that role? 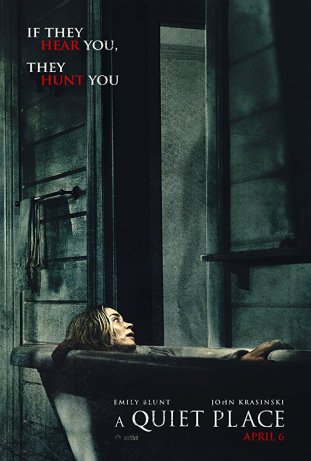 Can I be honest with you all? I can? Thanks. I went into this film solely because of John Krasinski. I didn’t really know too much about the plot except that they all had to be quiet because aliens were tracking them by sound. The rest of the cast blew me away. You might think that the lack of vocal dialogue would be a deterrent, but it only amplified the film’s other senses. By the end of the film I was both loving it and hating it. But I won’t spoil anything for you all if you haven’t seen it. 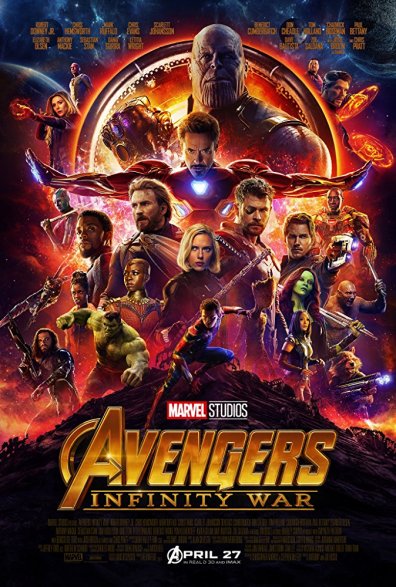 This was tough to admit, but Avengers: Infinity War was not my favorite film of 2018. The culmination of 10 years of storytelling across a crazy amount of films and it comes to this film. Marvel did one heck of a great job making me appreciate and empathize with Thanos, the Mad Titan. At the end of the film, I was laughing and clapping for him while everyone else was weeping and yelling in anguish over the loss of their favorite superheroes. I must have seen this in theaters about four times and I loved every second of it. On that first night, the audience was so amazing. I’ve never experienced such a reaction from an audience. One guy even cried. Like, full man-tears. Even if you don’t like super hero movies, you have to appreciate how the Russo brothers were able to juggle that many characters and still integrate them in such a way that they all seemed important to the core storyline.

So, we’ve come to the final spot. The cream of the crop, the best of the best, the one true film to rule them all. EXCEPT THERE IS A TIE!!!!

Yes, I watched a film last week that made me rethink my entire list. So here are the two films that tied for the number one spot: 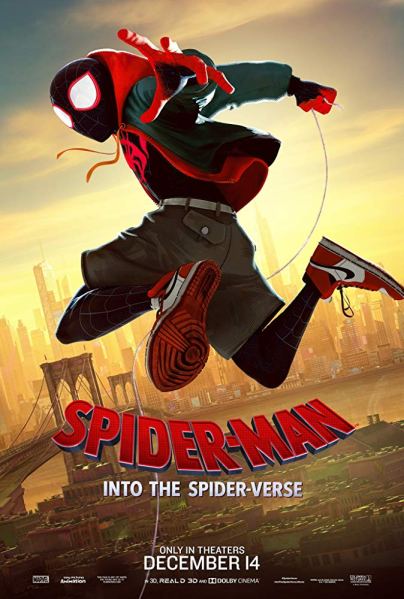 1. Spider-Man: Into the Spider-Verse

I watched this and I was truly amazed at the quality and overall story of this animated film. I have to admit, I didn’t like the Miles Morales character when he first appeared in the Ultimate Spider-Man comics. Not because of his skin color, but because they killed off Peter Parker in order to usher Morales into the role of Spider-Man. Why can’t there be two Spider-Men? Over time though, that hurt over the loss of Parker waned and I embraced Morales. Seeing that same plot play out in this film, I wasn’t as hurt by it. The thing that propelled this movie over Infinity War was the unexpectedness of it. Going into Infinity War, I knew the general plot points and where the ending would lead. Having been a comic book reader and knowing there was a part two, it wasn’t hard to predict what was going to happen. In fact, it was a…. snap. With this film, I didn’t have that knowledge. The plot kept twisting and turning and I was thrilled to see that Marvel’s propensity for creating compelling villains transferred over to Sony’s animated universe. You’ll sympathize with Kingpin and why he’s doing what he’s doing. Even the death of the Morales’ Peter Parker is heartfelt. Of course, seeing one of Stan Lee’s final cameos was also gut wrenching. Simply put, go see this film.

1. Won’t You Be My Neighbor

Mr. Rogers Neighborhood. You know, it’s a sad thing to think that most children nowadays are going to grow up without Fred Rogers in their lives. Unlike most children’s programs, Fred Rogers wasn’t trying to advertise a product. He wasn’t concerned about toy sales or his sponsors. The only thing he cared about was the children. This documentary portrays the love and caring nature that was Mr. Rogers. The show dealt with tough subjects, but Fred Rogers explained them to children in such a caring and tender way that made it easier to listen to and handle. If you’re looking for trip down memory lane, then take the trolley into the documentary that goes behind the scenes of Mr. Rogers Neighborhood. Just make sure you take a few tissues with you. If you were a fan of the show, you’ll cry somewhere along the journey.

Thank you all for bearing with me as I criticized and ranked the films I saw during 2018. If you disagree with me (I’m sure there are some that do), then let me know in the comments below. If you want, I can make a list of the films I want to see in 2019.

My Tweets
Join 2,869 other followers
Follow The Writer's Apocalypse on WordPress.com