Mastering the Craft
Andromeda Strain, blog, Books, Coronavirus, COVID-19, Dracula, Horror, Movie, movies, reading, reading list, The Stand, Wordpress, World War Z, Year One
No comments on What to read in a time like this?

I try to find the humor in every situation I face. Somehow, if I can laugh about something it just doesn’t seem that scary/depressing/overwhelming/(insert emotion). I remember when I was hospitalized for a three foot blood clot and I had made a joke about it to my wife (at the time). She doesn’t share my humor for laughing in the face of disaster.

Maybe that’s why we’re no longer together. Hmmm…

Anyhoo, so for those that are self-quarantined, staying away from the public, or just simply an introvert here are some choices in reading material for this time of season. And please, just know that even though this list is themed toward pandemics, it’s simply a literary book list with some dark humor to it.

So for your reading pleasure, here is my 2020 Pandemic Book List:

1. The Stand, by Stephen King. I would be remiss if I didn’t mention this horror classic. The premise of this ginormous novel is a detailed vision of the total breakdown of society after the accidental release of a strain of influenza that had been modified for biological warfare causes an apocalyptic pandemic that kills over 99 percent of the world’s population. It’s an amazing read about what happens to humanity and the good vs evil theme is quite page turning. I’m currently watching the television adapted movie and reading the uncut version of the novel. I’ve been sniffling and coughing up phlegm all the while.

2. The Andromeda Strain, by Michael Crichton. First off, I love when people call books a techno-thriller. It’s such a great name for a genre. So this novel handles the narrative differently. It documents the efforts of a team of scientists investigating the outbreak of a deadly extraterrestrial mirco-organism in Arizona. 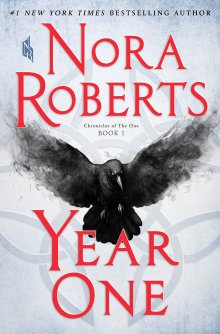 3. Year One, by Nora Roberts. Okay, so if you’re not that into Stephen King because of the length of books he writers, I get it. However, if you’re looking for a pandemic themed book that invokes King’s The Stand without the 1,000 + page count then this one is it. I’ll warn you though, it’s part of a trilogy so if you’re wanting a one and done read, then you may reconsider it. It’s a great read about a sickness that spreads suddenly and within weeks, everything starts to crumble. This is different than your basic pandemic. Where science and technology falls, magic rises and people start developing magical powers and turning into elves and other magical creatures.

4. World War Z, by Max Brooks. So, without getting into all the zombie fiction out there (and believe me there’s a lot) I’ll just offer this one beacon of light among the undead. This book, written by Director Mel Brook’s son, is a collection of individual accounts following the devastating global conflict against the zombie plague. For those that have read The Zombie Survival Guide, this is the same author and it’s equally well written. While the guide was written in a half-comical nature, WWZ is written in a serious tone that examines survival-ism, uncertainty, and the ineptitude of individuals and governments. It’s really a must-read.

As an additional note, I really disliked the movie simply because it was nothing like the book. In my opinion, it would’ve been better to make it a strict adaptation of the novel. And you can fight me on that. 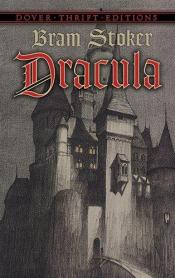 5. Dracula, by Bram Stoker. Okay, hear me out on this one before I get an angry voicemail about how I need to “get my facts straight.” Dracula is about a vampire that travels to England so that he may find new blood and spread the undead curse. However, the good Count is defeated by a band of humans that wield science as a weapon. Sound familiar? It should because that’s the basic theme of almost all pandemic themed fiction. I once wrote a college paper about how Dracula was a metaphor for Cholera. It was pretty good paper inspired by a very good work of fiction. Check it out.

Well, that’s five pandemic inspired fictional works. While I hope you all don’t fall ill with the coronavirus, I do hope you read some of the books on this list. All have a soft spot in my literary heart and have earned a place on my Hall of Fame for books.

With any luck, I’ll talk to you all next week.