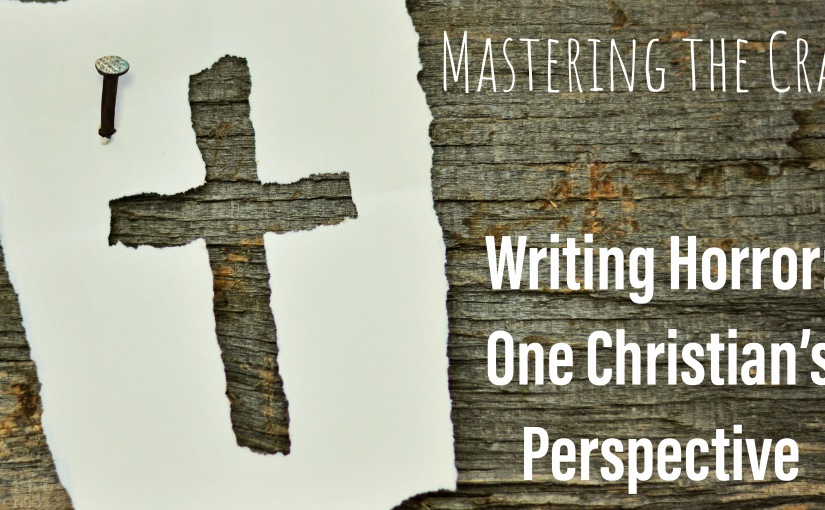 This last week, I’ve been pondering the question I posed in last week’s rant: As a Christian, should I be writing horror? To be completely honest with you all, I’ve been wondering that for a while. Not just for the last week. But I’ve come up with an answer to that question.

There’s a word that sticks out when I consider the horror genre. That word is apocalypse. You might be familiar with it in the following ways: the zombie apocalypse, post-apocalyptic wasteland (Michigan), or even that semi-decent X-Men movie.

When you look it up on http://www.dictionary.com, there are a few definitions. Examples include: any revelation or prophecy, any universal or widespread destruction or disaster. My favorite though is the definition that states it’s “a prophetic revelation, especially concerning a cataclysm in which the forces of good permanently triumph over the forces of evil.”

As a Christian horror writer, that last one is the one I prefer. The word originates from the Middle English, Late Latin (around 1125-1175 A.D.) apocalypsis from the Greek word apokålypsis which means, of course, revelation.

You guys connecting any dots?

In my pondering, I came across an article on http://www.christianitytoday.com interviewing Screenwriter and Christian Scott Derrickson. He works on plenty of horror films including films in the Urban Legends, Dracula, and Hellraiser franchises. Derrickson explains that the genre is better equipped to tackle issues of good and evil than any other genre.

“It distinguishes and articulates the essence of good and evil better than any other genre, and my feeling is that a lot of Christians are wary of this genre simply because it’s unpleasant. The genre is not about making you feel good, it is about making you face your fears,” he stated in the interview. “And in my experience, that’s something that a lot of Christians don’t want to do.”

My original question seems a bit silly when reading what Derrickson had to say on the subject. Of course, then I come across another article that discusses whether or not Christians should be watching horror movies. The article discusses demon based movies specifically. “As such, this is a subject that should hardly be taken lightly; neither should it be considered a form of ‘entertainment.’,” states that article. It goes on by quoting various Bible verses. Each verse starts to make me doubt my intentions as a horror author.

Then I get to 1 Corinthians 10:31. “Therefore, whether you eat or drink, or whatever you do, do all to the glory of God.” Reading on I get to verse 33 of that same chapter that says “just as I also please men in all things, not seeking my own profit, but the profit of many, that they may be saved.”

Am I writing horror in order to dishonor God? Am I writing in order to corrupt Christians and destroy their opportunity to attain everlasting life? Generally speaking, is my heart in the wrong place?

Those questions are simpler than the others I’ve been pondering. No, to all of the above. If you’ve read my books (if you have then thank you. If not then I hope you all wind up living in Michigan forever (only joking (hey, cool. Parentheses Inception!))) you’ll find that good triumphs over evil in them. There might be a few hiccups along the way, but that’s generally what happens.

So if you’re in conflict like I was, ask yourself why instead of should. As a writer, why are you writing? That’s generally a good question in any case. If you’re only in it for the money, then I suggest you just quit because you’ll never be happy.

This advice doesn’t just go with horror either. There’s Sci-Fi, Fantasy, and general Fiction as well with any other genre. Just because Christians are writers, it doesn’t mean they write purely Christian. Look at J.R.R. Tolkien. There’s a reason why Samwise sticks with Frodo throughout everything. Even after Frodo betrays Samwise in order to keep the ring (addiction). The faithful hobbit doesn’t give up, he goes back to Frodo because he loves him.

And if I’m wrong, what’s the worst that will happen? Well, I’ll probably end up in Hell. You know, the little unincorporated community in Putnam Township. It’s located in Michigan.